The Los Angeles Chargers have made a move to shore up their depth at running back, relieving pressure off rookie Justin Herbert at the same time. According to sources within the organization, the six-year veteran agreed to a one year, $3.95M contract. The move leaves $28.7M left in cap space for the Chargers, who are unlikely to make huge splash signings in free agency, despite some big names such as Larry Fitzgerald facing the cut in Arizona.

The Chargers have had a revolving door at running back since LaDainian Tomlinson left the team almost a decade ago. Ryan Mathews never cut it as a failed first rounder, Melvin Gordon left the team after putting too much stock into his worth and Austin Ekeler can't be an every down back. Enter Devonta Freeman, who before his injury in 2018, was one of the most valuable running backs in football. Although past his best, the former two-time Pro Bowler certainly has a lot left in the tank. In 2015 and 2016, Freeman rushed for over 1,000 yards and 11 touchdowns consecutively while also adding 127 receptions 1,040 receiving yards as an option out of the backfield. He was a member of the infamous 2016 Atlanta Falcons, which choked away a 28-3 lead in Super Bowl LI.

Freeman has started 59 of his 77 games played in the NFL and has accrued 3,972 rushing yards off 951 carries and 32 touchdowns. Additionally, he has 257 career receptions, 2,015 receiving yards and 11 touchdowns.

Los Angeles have made another move at running back. Just weeks after signing former Atlanta Falcon, Devonta Freeman, to a one-year, $3.95M contract, the Chargers have made another move at the position. Today, according to nfl.com, the Chargers and Samuels agreed on a one-year contract worth $1.75M. A bargain for a depth based running back who can catch out of the backfield. The Steelers selected him in the 5th round of the 2018 NFL Draft. His relegation to the practice squad signalled a situation where simply there were too many running backs in Pittsburgh, with Samuels growing out of favour with head coach Mike Tomlin. His most memorable moment with the Steelers came on December 16, 2018 when as a rookie, he carried the ball 19 times for 142 yards in Pittsburgh's 17-10 win over New England.

Samuels finds himself in a similar situation with Los Angeles. Although he just won't be on the practice squad. He's likely to share carries with Austin Ekeler and Devonta Freeman as rookie quarterback Justin Herbert assimilates himself into an NFL offense. 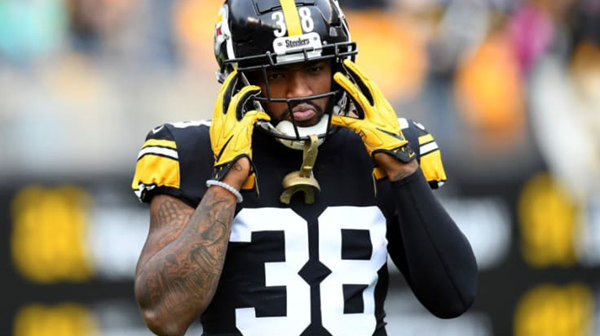 That was long. After being released by the Denver Broncos, wide receiver DaeSean Hamilton signed a one-year contract with the Baltimore Ravens to be on their practice squad. The Los Angeles Chargers have completed their acquisition of the former 2018 fourth rounder. Hamilton, 25, has 58 career receptions, 540 receiving yards and 2 touchdowns, which gives the Los Angeles Chargers better security after Keenan Allen and Mike Williams. Rookie Joe Reed was slated to start in the slot and Andre Patton has just four career receptions. There's no doubt the Chargers weakness is on offense - not by talent but by experience. It's an important signing for Los Angeles. He doesn't need to reach 500 receiving yards this season and he's unlikely to do so. However, he gives Justin Herbert or Tyrod Taylor another option with some wear and experience in an NFL setting, something they would have lacked had they gone with Joe Reed as their starting slot receiver. At 6'1, 205 lbs, Hamilton isn't your prototypical slot receiver and will give the Chargers a physical win against some of the often smaller cornerbacks in the slot. 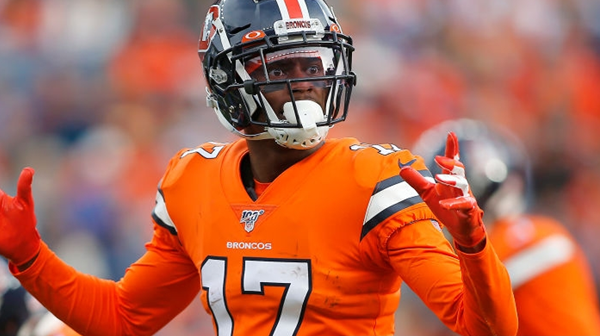 After his 2018 rookie season, Derwin James was riding high. The safety earned both first and second-team All-Pro honors and was selected to his first Pro Bowl. But then, everything changed. James suffered a foot injury in training camp which caused him to miss 11 games of the 2019 regular season. He returned Week 13 against the Denver Broncos, and finished the season with 32 total tackles and one pass defensed.

With 2020's training camp now in full swing, James said he's approaching this season with the same hunger we've seen from him in years past but with an added edge that came from not playing all 16 games last season.

"I'm hungry every year," James said. "Rookie year I was hungry. I'm still hungry; I'm even more hungry. It does put that chip on your shoulder, not being out there the whole year. It does give you an extra little flame, but I'm always hungry."

While missing so much time was challenging, James admitted he learned a lot when he was sidelined and it's insight he's taking with him into 2020.

"I learned patience," he mentioned. "Going through the injury and going through stuff you can't control, you just gotta stick to it. Stick to the rehab and take it day by day. It really just makes you have patience cause you want to be out there and you want to help your team as much as you can, but, you're not able to, so you have to find other ways to learn and keep yourself engaged in the game. That's what I kind of did with those five games I came back; I wasn't too far behind.

"(I'm) not taking nothing for granted. It could be your last play walking out, you never know. You've gotta approach it that way and take the game like that. Really, play like it's your last."

While the Chargers defense includes playmakers like James, Joey Bosa, Melvin Ingram, Casey Hayward and more, they added some new additions in free agency including Linval Joseph and Chris Harris Jr. A lot goes into translating talent to the field, but James says it starts with finding the unit's identity. In previous years, that identity could be forged during the preseason. But as we know, 2020 isn't a normal year. While James said it'll be a process for them to figure out from camp and on, he's confident the unit will come together as one.

"I feel every great defense that I've seen or I've been around starts with an identity. I feel like we gotta develop the identity that we want to have on defense. Everybody just doing their parts. We're deep enough where I don't feel like nobody has to do extra. We've just gotta come out and do what we need to do and take care of our part." 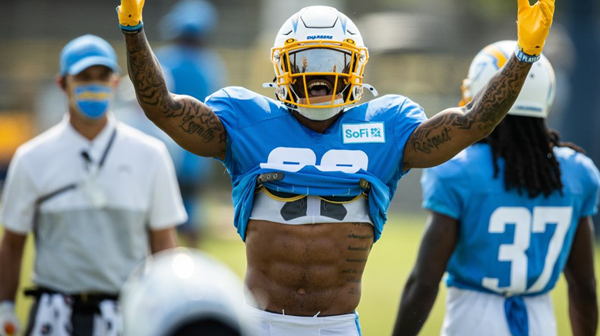 derwin is what i thought ray ray armstrong was going to turn into back when he was at miami.
Top
Post Reply
62 posts